My honeymoon hasn't really involved many bookish destinations, so when we decided to visit Atlanta for two days, I insisted that we go to the Margaret Mitchell house.  I first read Gone With the Wind when I was about 16 or 17, and have been a fan of both the book and the film ever since. 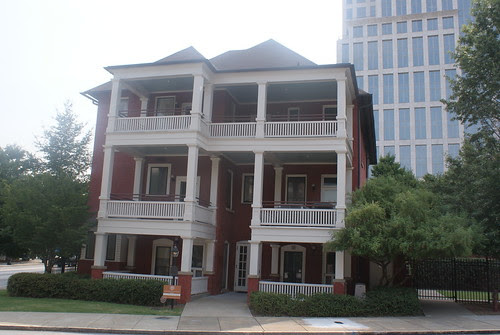 Ignore the wonkiness of the photo, but this is the Margaret Mitchell house.  She lived with her second husband in an apartment on the ground floor whilst she wrote the majority of the book.  We had an informative tour by someone who knew a lot about the both the house and Margaret, but unfortunately were not allowed to take any photos inside the actual apartment.  The best part was that everyone on the tour was clearly a massive book geek! The attached museum has lots of book and film memorabilia.  This portrait is used in the film, when Rhett and Scarlett are living together. 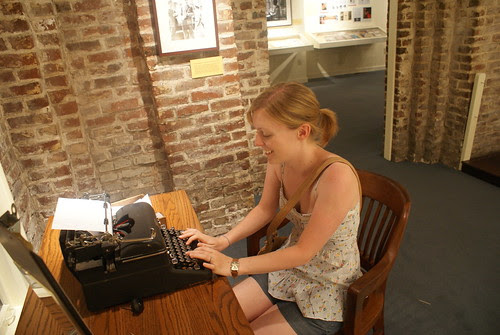 Creating my own masterpiece! 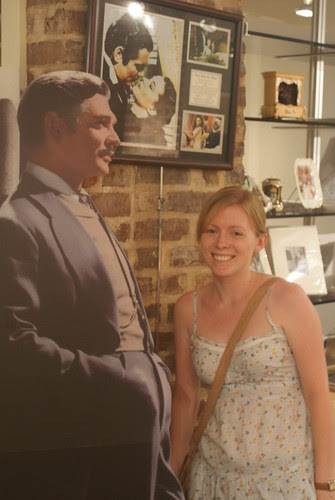 And just for fun! :P
We're leaving for home tomorrow.  As we didn't book the most expensive flight available, we have a midnight three-hour stop over at Toronto before heading on for London.  In 23 days we've visited eight states and I've driven over 2000 miles.  Not bad :)
Posted by Sam (Tiny Library) at 22:35