The Book Of Human Skin by Michelle Lovric (Venice In February)

The Book Of Human Skin is an epic, sensationalist and gripping tale of sibling rivalry taken to the extreme.  Born in 18th century Venice, Minguillo Fasan has already dispatched of his older sister by the time his younger sister, Marcella, is born.  What follows is the account of his attempts to ruin her life and disinherit her; involving lunatic asylums, nunneries in Peru and much physical and emotional torture.  Told by five different narrators, The Book of Human Skin spans continents and decades and contains some of the most delightfully wicked characters I've read in a long time.
The Book Of Human Skin may not be literature of the highest quality, but it is a fun roller-coaster ride of a read full of sensational elements and cliff-hangers that keep you turning the pages.  My favourite characters were the two evil ones, Minguillo himself and the crazy nun, Sor Loreta.  Whereas Minguillo knew he was committing evil acts and indeed revelled in it, Sor Loreta attempted to hide her evil deeds under the guise of religious fanaticism and a penchant for self-mutilation.  She scourges, burns, cuts and otherwise disfigures herself as a mark of her devotion to God and flies into self-induced religious 'rages' where she punishes the other nuns for not living up to her expectations.  She was such a fascinating character (did she know she was bad, or was she deluding even herself?) that I didn't want her sections of the book to end.  I was even more fascinated to read the after-word and learn that some nuns at that time did indeed drink the pus of small-pox victims and have visions about licking the blood from the wounds of Jesus after his crucifixion.  Creepy.  And don't even get me started on the nun that would only break her fast for food covered in cat vomit, so she would be sure not to enjoy her meal.

But the central story is that of Minguillo and Marcella, and as a reader you can't help but feel sorry for Marcella as she can't seem to get a break.  She is crippled and made incontinent, and that's only in childhood.  Throughout the story she gradually becomes accustomed to the torture that has been her lot since birth and trades her fighting spirit for passive acceptance.  Despite the help of many other characters, Marcella seems destined to always be in the hands of the sociopathic Minguillo.  Although Minguillo is a clear-cut villain without many shades of grey, he is nethertheless very fun to read about.  Lovric encourages complicity in the reader by writing his sections directly to the audience and making them in this way involved in what is going on.  As soon as Minguillo said 'This is going to be a little uncomfortable....' to anyone, I learned to expect something gory.

The most powerful image in the novel was skin.  Minguillo becomes fascinated with books bound in human skin and spends all of his money adding to his collection (the passage where he talks about the binding softening from the heat and grease of his hands made me feel queasy).  Marcella learns about the pain that can come from the skin.  Sor Loreta disfigures hers.  The doctor, Santo, becomes interested in diseases of the skin and falls in love with Marcella due to the luminous quality of hers.  We even learn about the state of Napoleon's skin diseases. 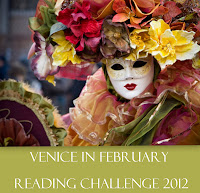 However, there are a few criticisms to make of this book.  After all the gothic evil-ness of the book, I was disappointed with the ending.  It's also true that the characters are very black-or-white, good or bad.  Would Marcella really stay that nice and forgiving after everything she had gone through?  Whilst this kind of characterisation would usually bother me in a novel, I didn't mind it so much in this one as the whole tale had elements of a gothic fairy-tale about it.  Think Patrick Suskind's Perfume meets Hansel and Gretel.  Not a story full of realism, but one to enjoy for it's fairy-tale elements, wonderful characters, pure escapism and sensationalism.  I'll be looking out for the rest of Lovric's books.