The Lieutenant by Kate Grenville 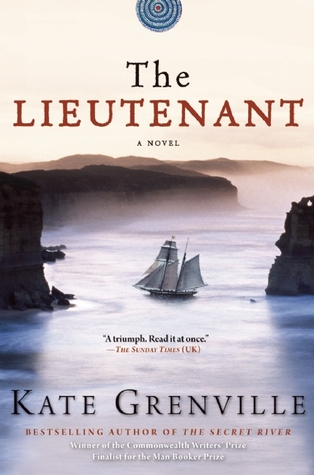 I picked up The Lieutenant because I thoroughly enjoyed Grenville's The Secret River, also about the colonisation of Australia.  Whereas The Secret River focused on a family deported after the father is convicted of theft, The Lieutenant takes as its subject Daniel Rooke, an outsider with a fascination for numbers and the stars.  He travels to New South Wales as a naval astronomer charged with charting a comet through the Southern Hemisphere.  On arrival, Daniel becomes fascinated by the language of the Aborigines and this leads to an unexpected friendship with a girl named Tagaran.  But he can not escape the fact that he is a representative of the British, and that he is compelled to follow orders or face trial.  The closer he becomes to Tagaran, the more the starts to view the Aborigines as equals, and the more he is conflicted by their treatment.  Eventually, Daniel will have to decide where his loyalties truly lie.

The Lieutenant was a quick read that dealt with some interesting issues.  Although I didn't enjoy it nearly as much as The Secret River, I appreciated Grenville's writing and how she approached big topics with a light touch.  The awakening of Daniel's conscience is gradual, and Grenville avoids any preaching.  The complexity of the Aboriginal characters establishes them as equals from the moment they are introduced, and Daniel, with his social awkwardness, is the only British character able to take them at face value.  He hasn't got the social skills to absorb stereotypes or prejudices, and his academic fascination with their language soon leads to a respect for the people.  Daniel is able to appreciate that their language and lifestyle is as complex as the British one, and therefore can not morally treat them as savages.  Sometimes it does take someone who is an outsider, who doesn't fit in, to see what should have been staring everybody in the face.

Although I liked the way Grenville wrote the Aboriginal characters, I would have liked to have seen more of them.  Their society was left largely as a mystery, and I would have liked it if Daniel had been able to interact with Tagaran more before being forced to make a big decision at the end of the novel.  I understand that Daniel is based on a real British astronomer, William Dawes, but I still think Grenville could have done more to really show that the British were disturbing a whole society.

On paper, The Lieutenant ticks all of the boxes of what I love reading about, but the reading experience somehow fell a little flat.  Daniel wasn't as compelling as the Thornhill family were in The Secret River, and I never felt any dramatic tension, as it was always clear what Daniel was going to end up doing.  Overall, I would recommend it, but you should start with The Secret River first.